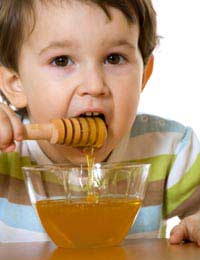 There are many myths around allergies - here is a selection of those that aren’t true, and some that might be…

Hay Fever Is Just an Allergy to Grass

Grass pollen does cause hay fever – but the term ‘hay fever’ is also used to describe the allergic reaction to pollen from trees and other plants, as well as an allergy to spores produced by moulds.

People who are allergic to cats (or dogs, or other animals) are usually allergic to a protein in their saliva and in the flakes of skin (dander) that they shed, rather than in their fur.

I’ve Got A Food Allergy

Cooking food can destroy the allergens that cause the allergic reaction. Processing the food – for example, corn oil or soya oil – can remove the allergens. Many people who are allergic to soya can eat products containing soya lecithin, or fermented soya products like soya sauce or tofu.

Children Can Grow Out Of Allergies

The theory behind this is that eating the local honey will help to build up a tolerance to the pollen – however, bees collect pollen from flowers, and most people who have hay fever are allergic to tree or grass pollen, which is spread in the wind, not by insects.

Pregnant women get so many pieces of advice about what to do eat (or not) when they are pregnant or breastfeeding that it must be hard to keep track. One is to avoid eating peanuts, especially if there is a history of allergy in the family. There have been a number of scientific studies on this, and eating peanuts while pregnant or breastfeeding might protect the child from allergies. As an example, peanuts are a basic part of the diet for many people in Africa and Asia, and are regularly used in baby food in Israel, and these countries have seen no rise in peanut allergies, in contrast to the UK. As it’s not completely clear whether this one is a myth or not, the UK government stopped giving this out as advice in August 2009.

If a baby is actually allergic to a certain food, women who are breastfeeding should avoid that particular food, as the allergens can cross through into the milk.

Something called the ‘hygiene hypothesis’ suggests that allergies are on the increase because modern life is so clean. Being exposed to different bacteria and fungi as babies and children ‘trains’ the immune system, If it does not have this training it can start to over-react and respond to things that actually aren’t dangerous, like pollen. This isn’t a suggestion to live life in squalor, but perhaps to avoid antibacterial agents and to allow children to get grubby now and then!